This week I finally started sending out invitations for people to try out the preview of the new Datasette Cloud, my SaaS offering for Datasette. 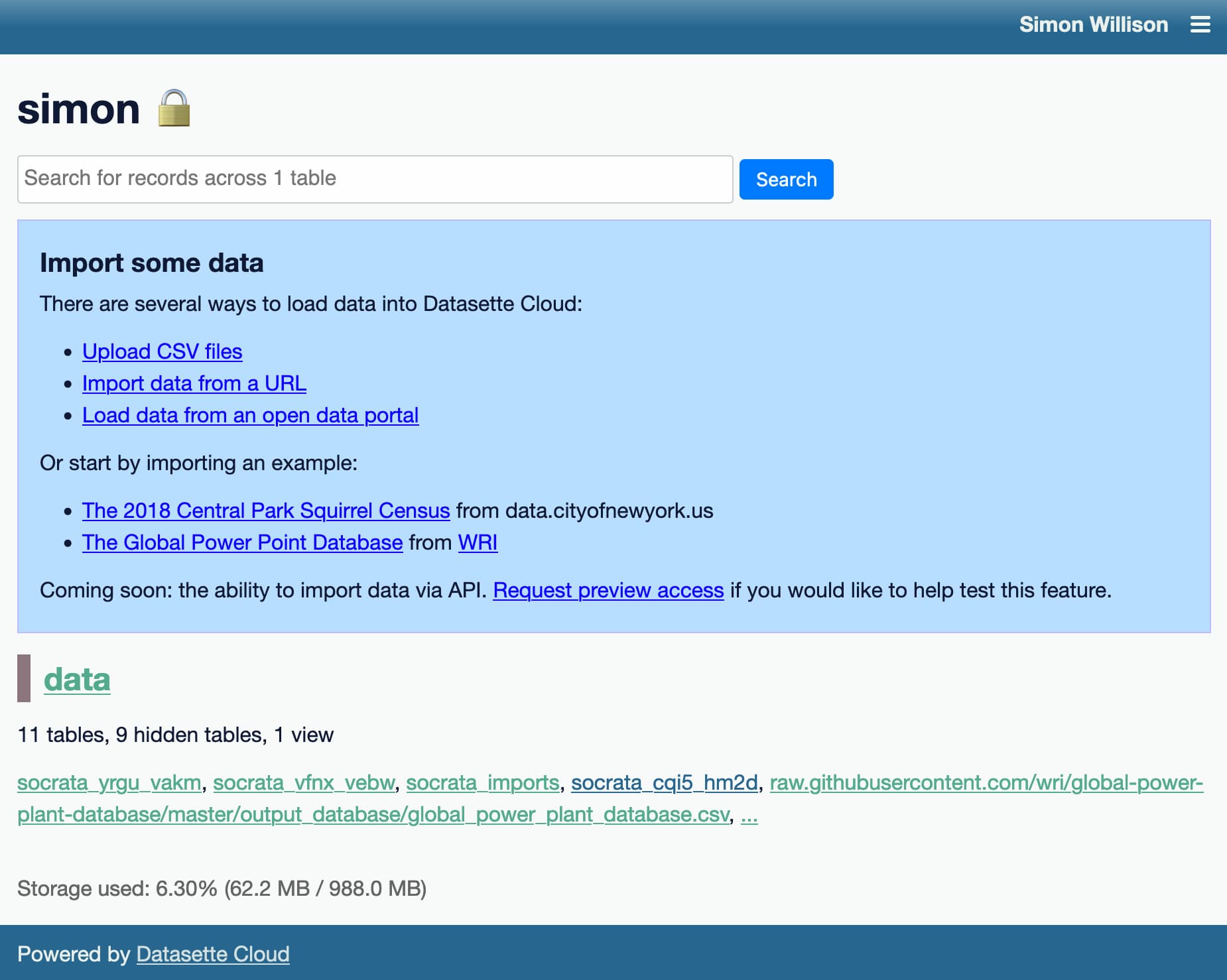 You can request preview access here—or come talk to me about it on the Datasette Discord.

I’m certain I haven’t built the right product yet, so feedback is incredibly valuable to me right now!

The two most important upcoming features are API access (with API keys) and the ability to publish data—right now the tool is entirely private, but publishing structured data is a big part of Datasette’s core DNA and something I’m certain people will want to be able to do with the hosted version.

I’ve already written a lot about my other projects this week.

I came second place in the Bellingcat Hackathon with Action Transcription, A tool to run caption extraction against online videos using Whisper and GitHub Issues/Actions.

Andy Baio noted that this was another example of a commercial AI research team building on a dataset gathered in academia. He calls that “AI Data Laundering”, and wrote about it in AI Data Laundering: How Academic and Nonprofit Researchers Shield Tech Companies from Accountability.

I’ve continued to think about Prompt Injection, the security attack against software built on large language models that starts with “Ignore previous instructions and ...”. I wrote two more pieces about that:

I also pushed out a new Datasette alpha with some small changes that have accumulated over the past month.