My big project this week was this Video introduction to Datasette and sqlite-utils. I recorded the video a few weeks ago in advance of FOSDEM, but this week I put together the annotated version. I’m really happy with it, and I’ve added it to the datasette.io homepage as a starting point for helping people understand the project.

I’m not a huge watcher of video tutorials—I’m impatient and find myself watching them at double speed and still complaining that a text version would be more efficient. So when I publish my own videos I like to accompany them with a useful text version.

The format I’ve settled on—for this video and for others like Personal Data Warehouses: Reclaiming Your Data—is to use screenshots from the video accompanied by notes, links and code samples. Ideally you can read the text version without watching the video at all, but if you do watch the video the text version can provide extended annotations.

I created this one on macOS using the combination of QuickTime Player and Preview. If you hit Command+C while watching a video in QuickTime Player a PNG snapshot gets copied to your clipboard. Switch to Preview with Command+Tab and hit Command+N to create a new untitled document there containing the image.

I ran through the video creating snapshots of each interesting moment in this way, leaving 40+ open Preview documents called “Untitled”, “Untitled 2” and so on.

When I reached the end of the video I switched back to Preview and used Command+S to save each open document in turn, creating a folder full of images with names like “Untitled 2.png”. These were in the correct order.

Then I optimized the PNGs using the tricks described in this TIL.

Next step: create the HTML. I have a template that I use for each “slide” which looks like this:

I constructed an Observable notebook which accepts a list of filenames (copied and pasted directly from the Finder) and turns them into a sequence of those HTML templates.

Having built out the HTML framework for the page, the last step was to go through and add the annotations. I did that by editing the HTML directly.

Matthew Somerville pointed out that my datasette-tiles project (described here previously) had the Y axis flipped from the standard used by Google Maps and OpenStreetMap.

It turns out there are two rival standards for this. TMS—Tile Map Service—is a tile specification developed by the Open Source Geospatial Foundation. It’s used by the MBTiles specification which is why datasette-tiles was using it.

Google Maps and OpenStreetMap do things slightly differently—counting Y from the top of the map instead of the bottom. This has become the de facto standard for web mapping. Tom MacWright has published a useful explainer of the diffference between the two.

I made myself a couple of diagrams to ensure I completely understood how the two tile systems work: 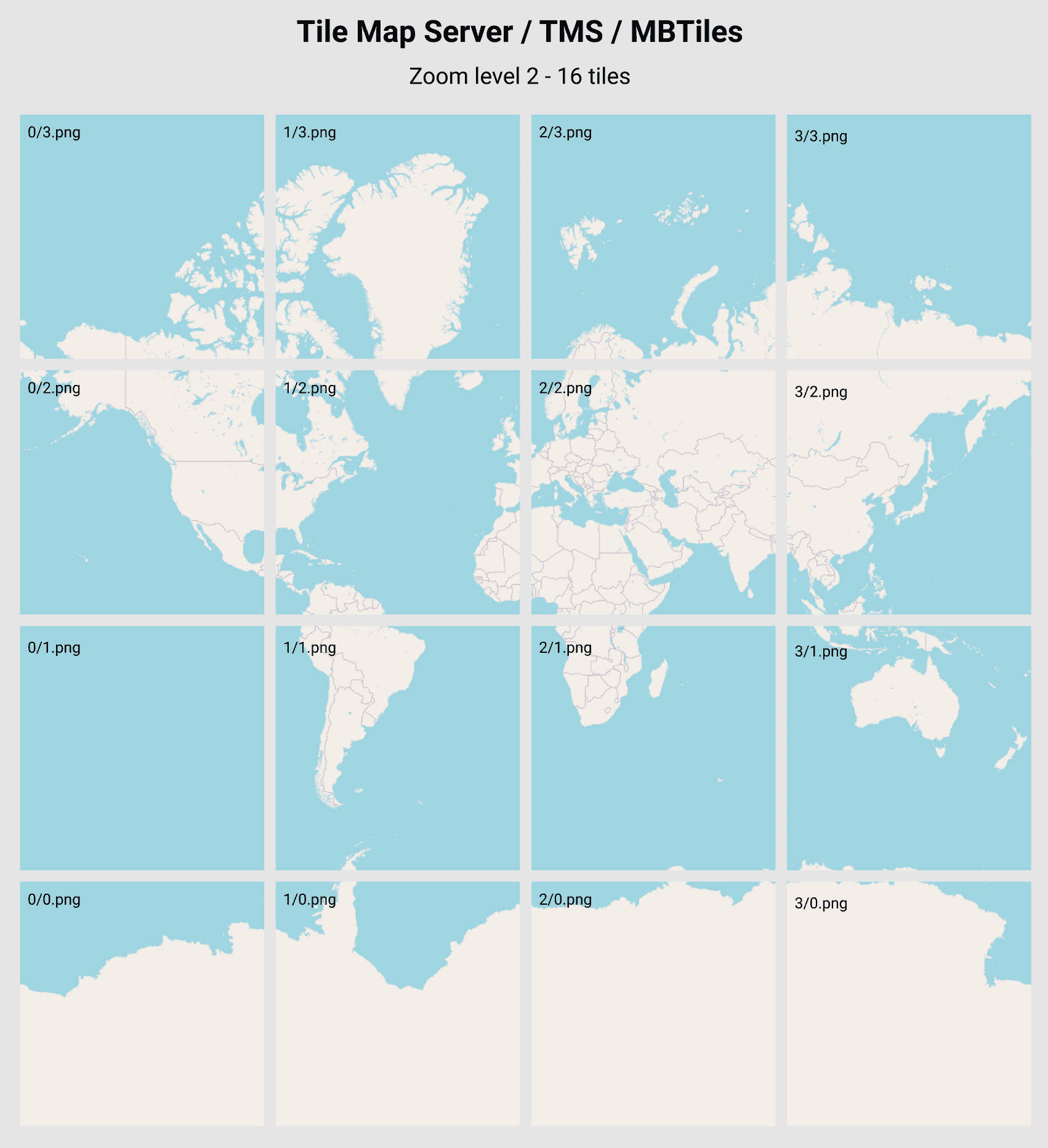 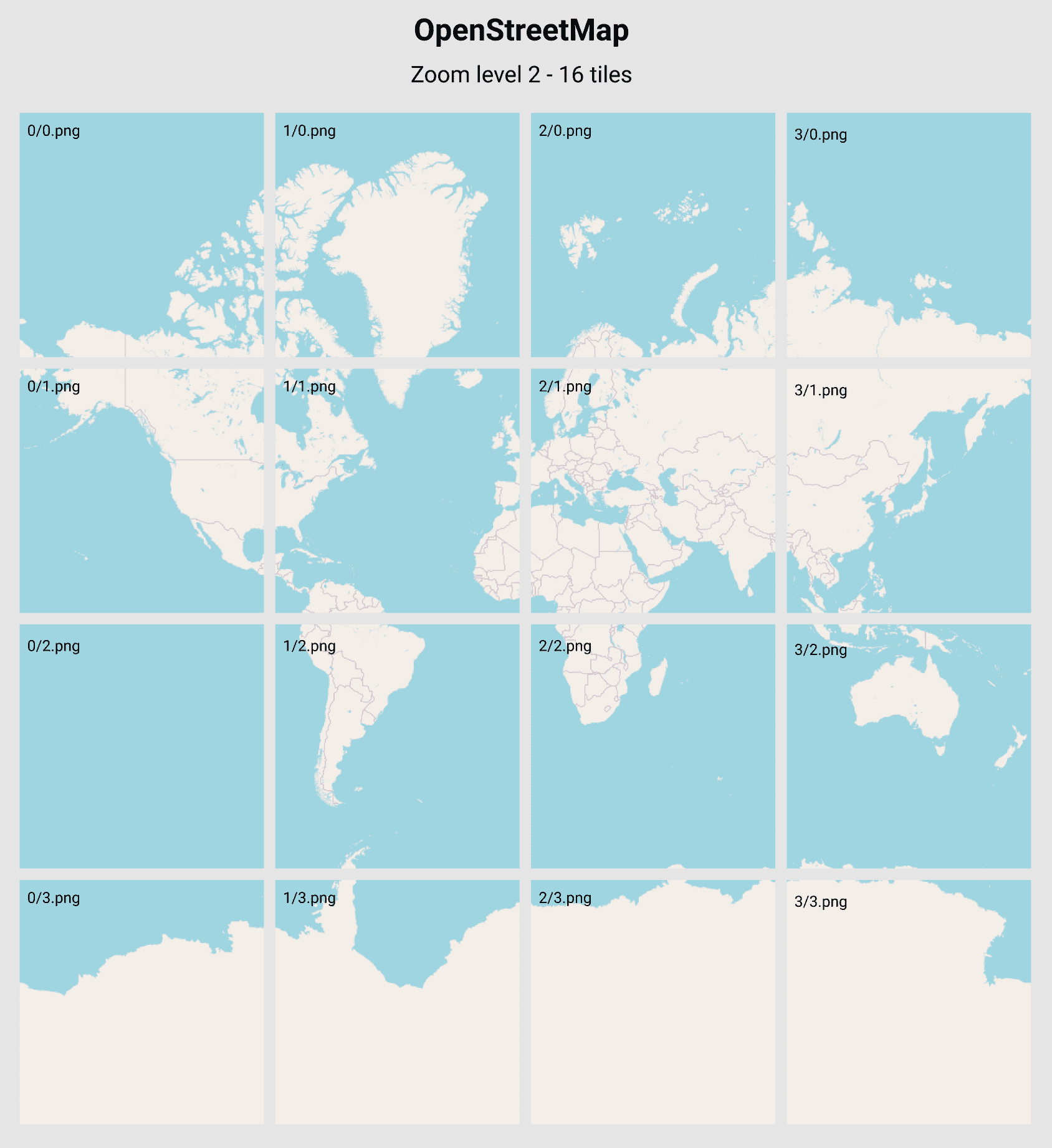 If you want the TMS mechanism, you can use the new /-/tiles-tms/db/z/x/y.png endpoint instead.

This is Weeknotes: Finally, an intro video for Datasette by Simon Willison, posted on 14th February 2021.