Natalie and I took a week-long road trip and camping holiday. The plan was to camp on Santa Rosa Island in the California Channel Islands, but the boat to the island was cancelled due to bad weather. We treated ourselves to a Central Californian road trip instead.

If you’re driving down from San Francisco to Santa Barbara and you don’t stay a night at the Madonna Inn in San Luis Obispo you’re missing out.

This legendary hotel/motel built 110 guest rooms in the 1960s, each of them with a different theme. We ended up staying two nights thanks to our boat cancellation—one in the Kona Rock room (Hawaii themed, mostly carved out of solid rock, the shower has a waterfall) and one in Safari. Epic. 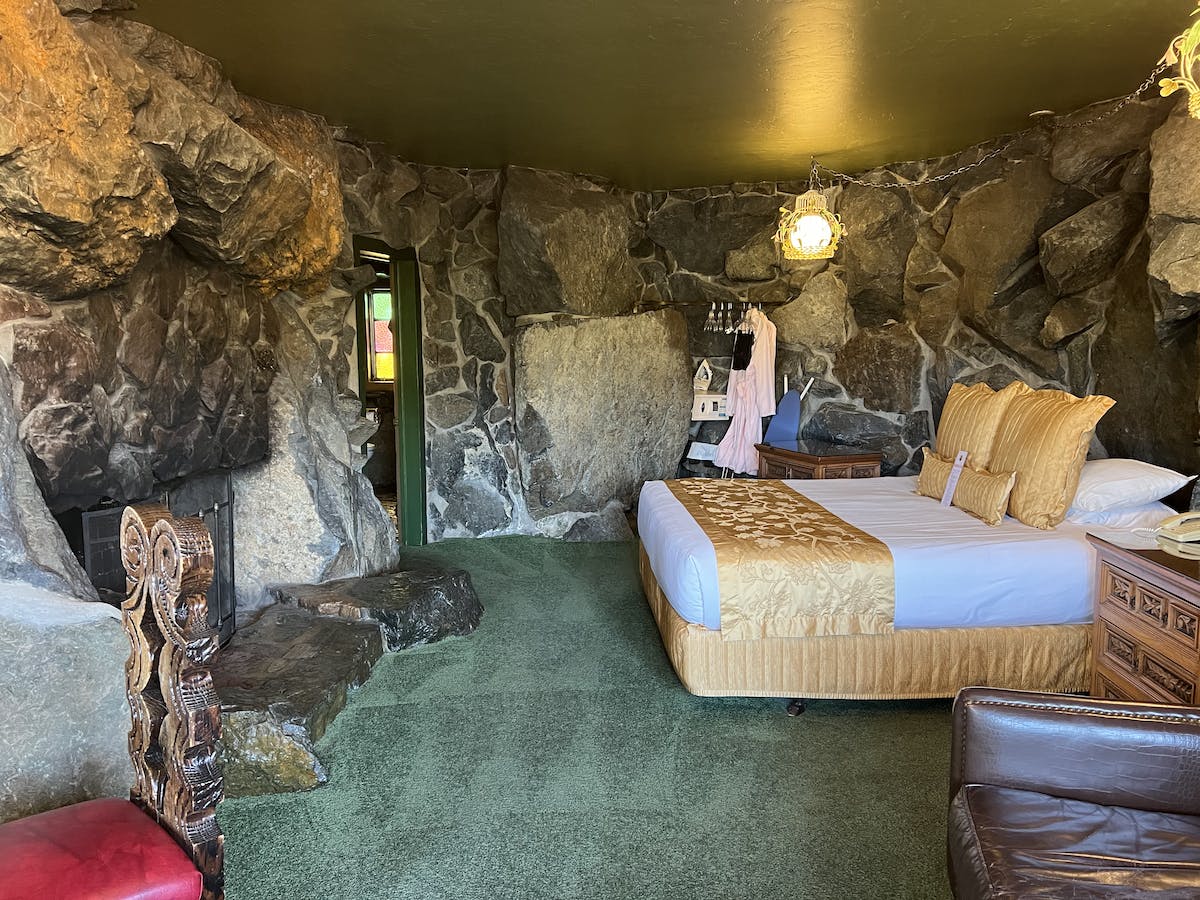 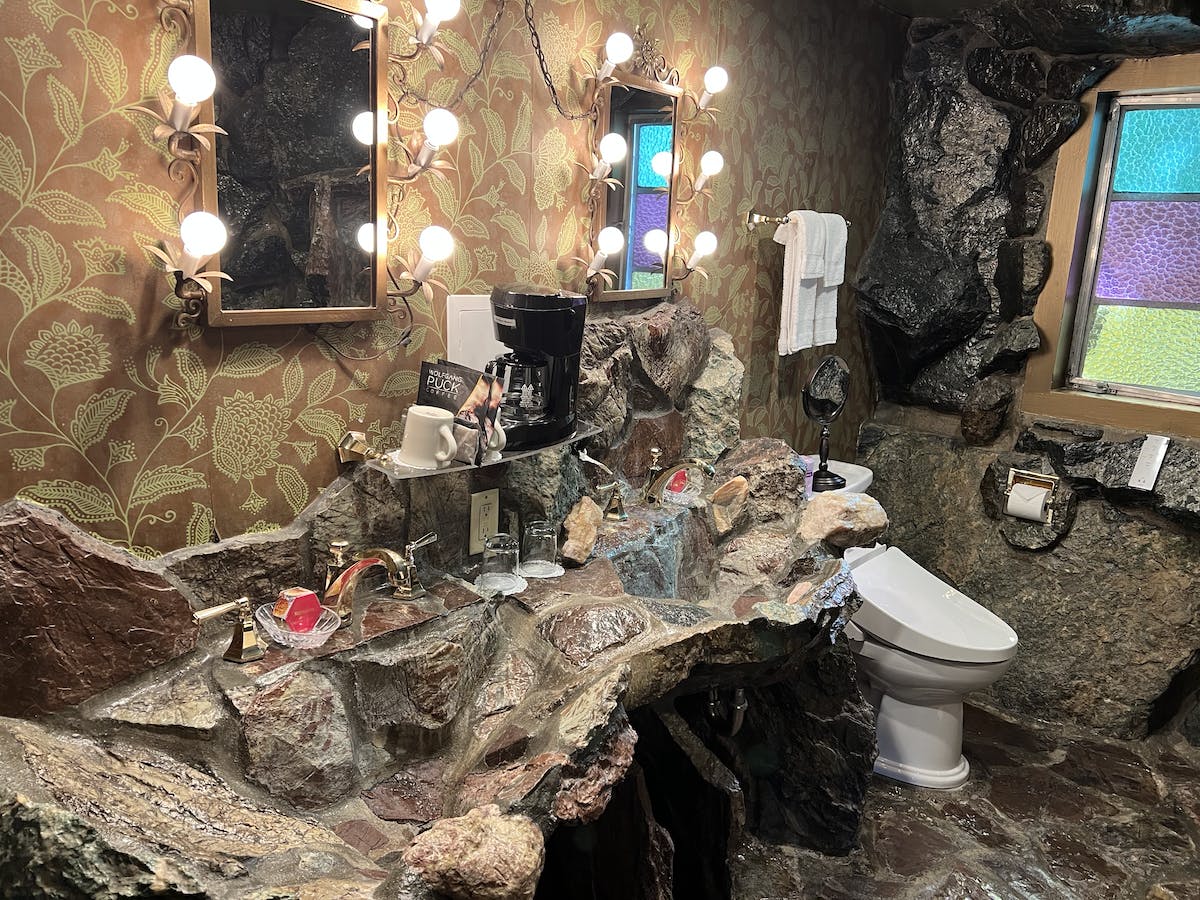 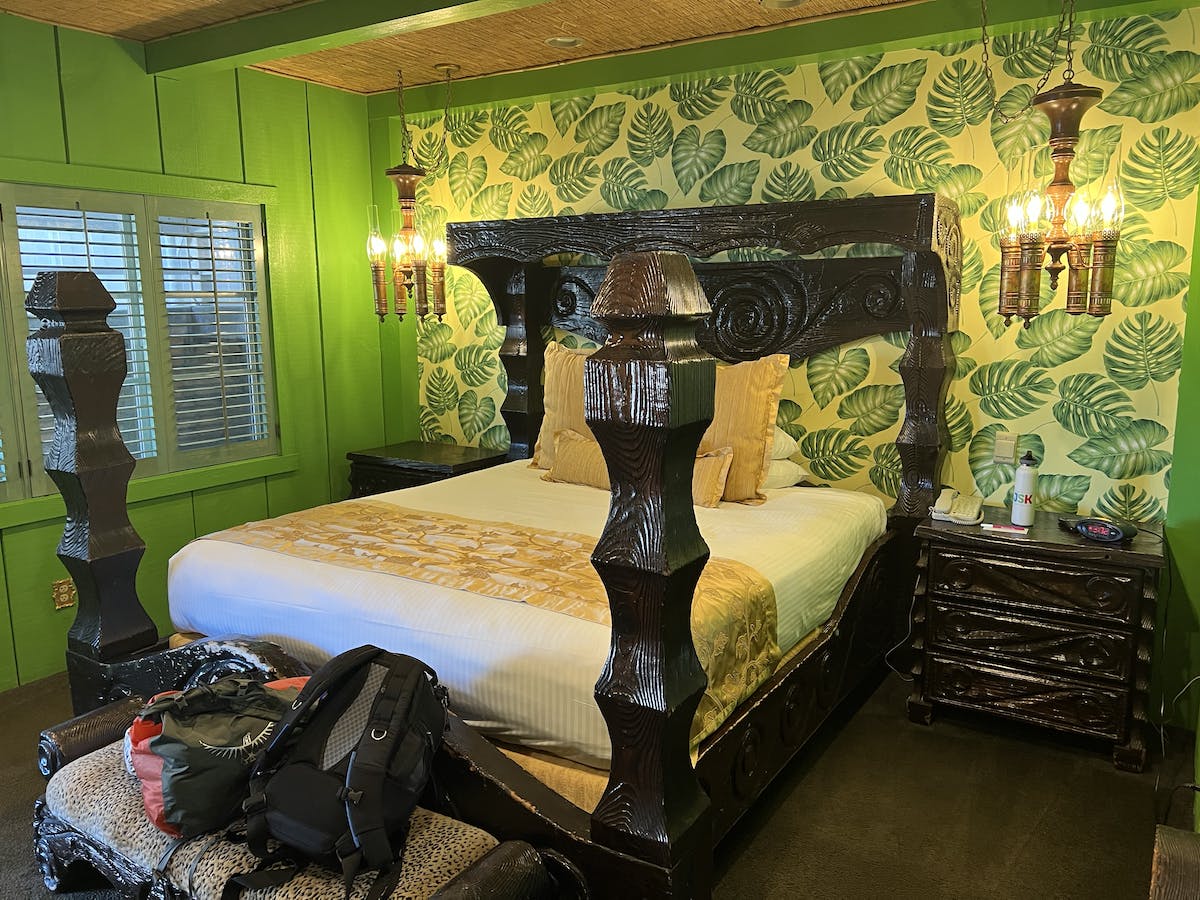 Camping in California generally requires booking a site, often months in advance. Our travel companions knew what they were doing and managed to grab us last minute spots for one night at Islay Creek near Los Osos and two nights in the beautiful Los Padres National Forest.

I have a habit of dropping labels on Google Maps with tips that people have given me about different places. Labels have quite a strict length limit, which means my tips are often devoid of context—including when and from whom the tip came.

This means I’m constantly stumbling across little tips from my past self, with no recollection of where the tip came from. This is delightful.

As we were planning the last leg of our trip, I spotted a label north of Santa Barbara which just said “6 rooms puts Madonna Inn to shame”.

I have no recollection of saving this tip. I had attached it to the Victorian Mansion Bed & Breakfast in Los Alamos, California—an old Victorian house with six uniquely themed rooms.

We stayed in the 1950s suite. It was full of neon and the bed was a 1956 Cadillac convertible which the house had been reconstructed around when the building was moved to its present location. We watched Sideways, a movie set in the area, on the projector that simulated a drive-in movie theater on a screen in front of the car. 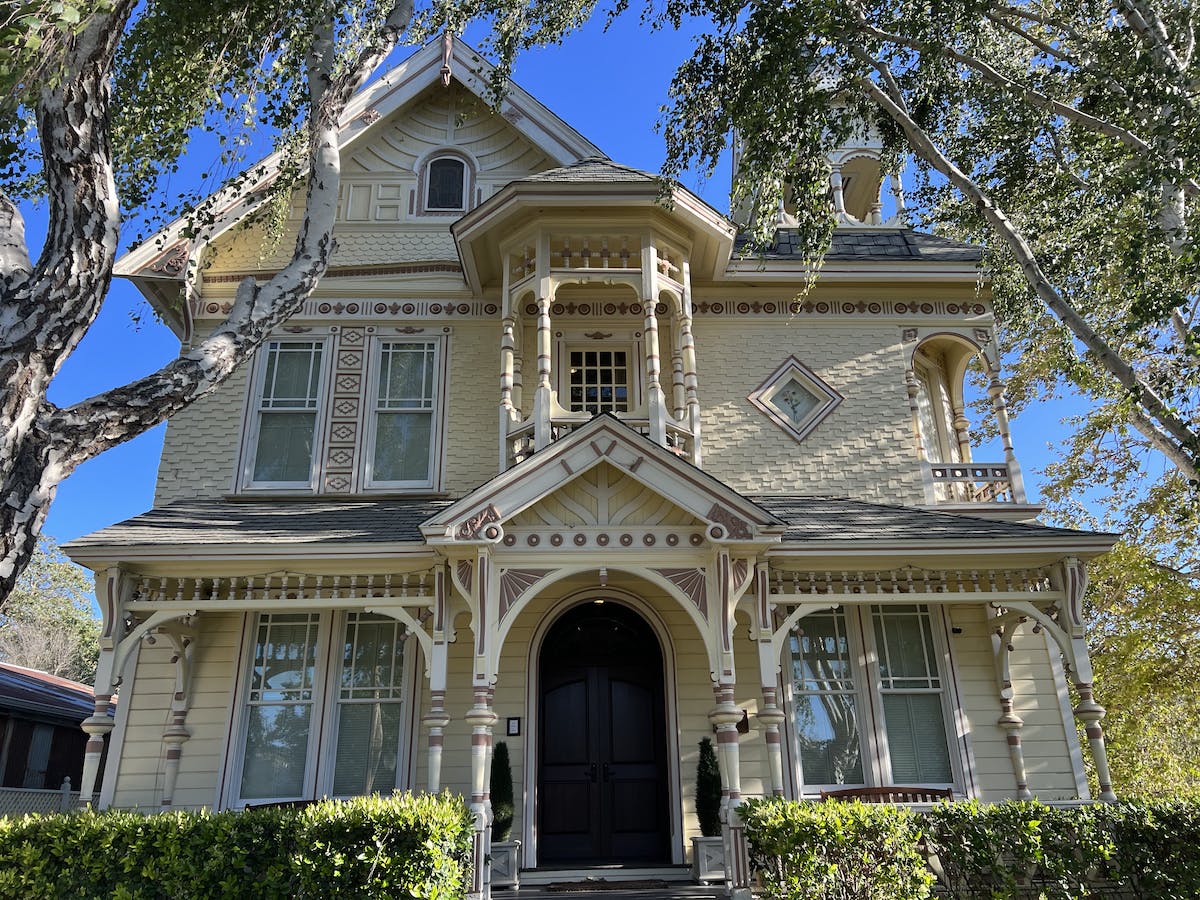 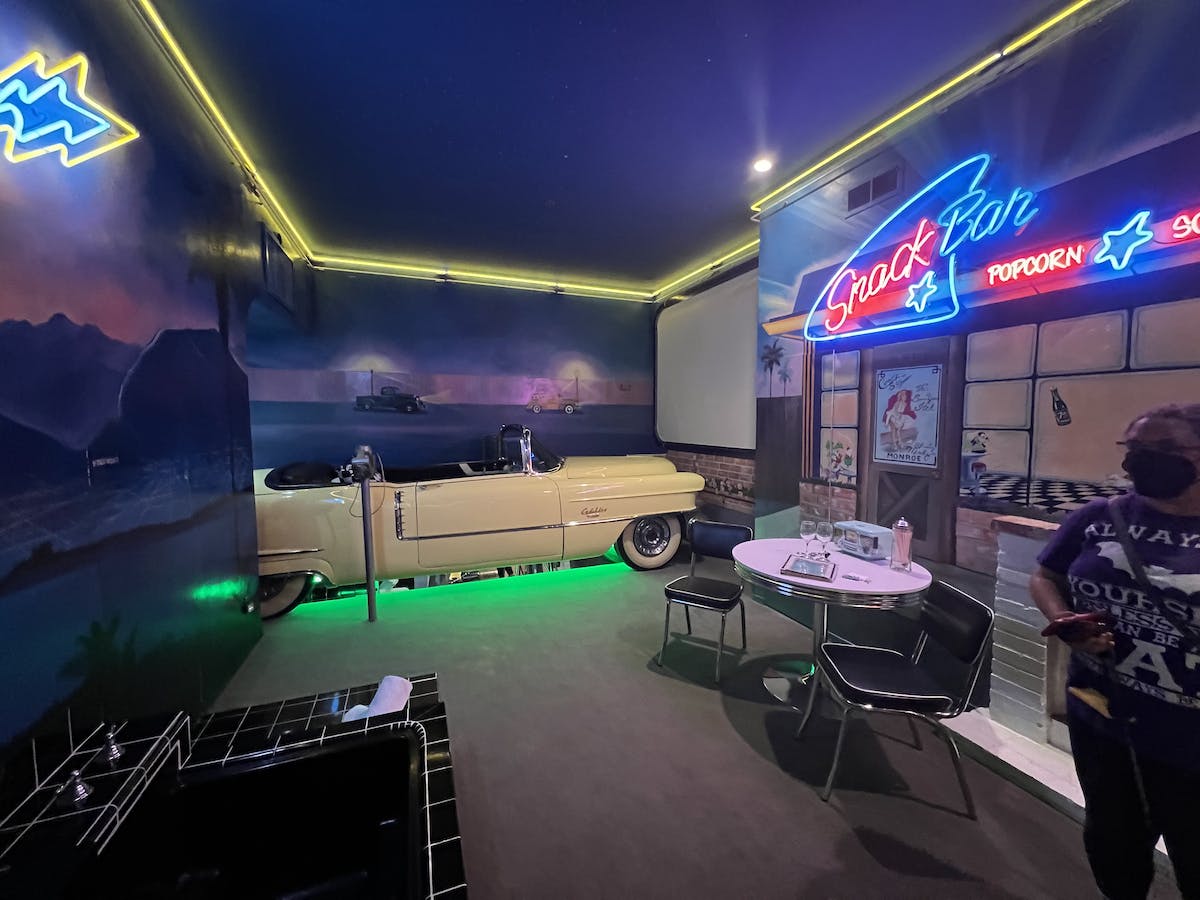 On the way down to San Luis Obispo we stumbled across the Paso Robles Pioneer Museum. This was the best kind of local history museum—entirely run by volunteers, and with an eclectic accumulation of donated exhibits covering all kinds of details of the history of the surrounding area. I particularly enjoyed the Swift Jewell Barbed Wire Collection—the fourth largest collection of barbed wire on public display in the world!

(This raised the obvious question: what are the top three? From this category on Atlas Obscura it looks like there are two in Kansas and one in Texas.) 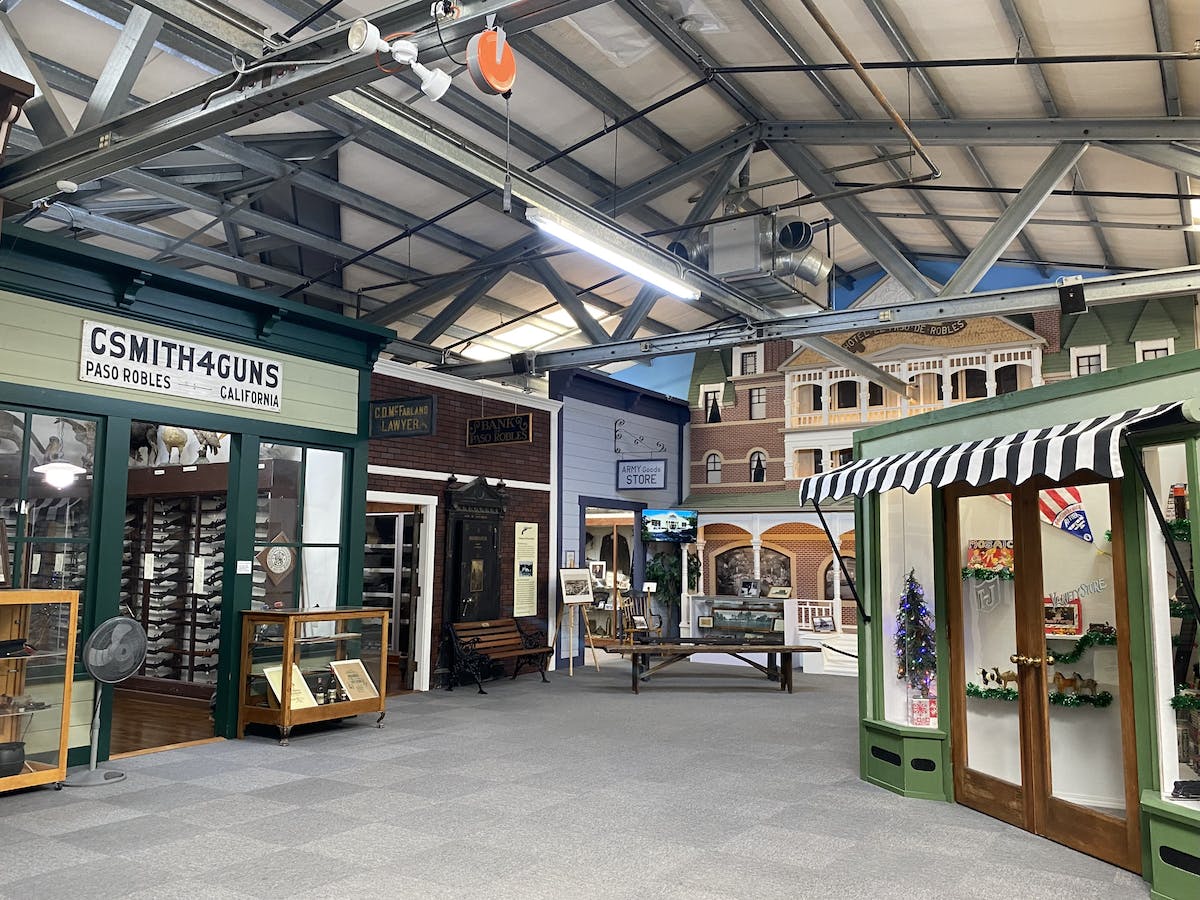 Then on the way back up we checked Roadside America and found its listing for Mendenhall’s Museum of Gasoline Pumps & Petroliana. This was the absolute best kind of niche museum: an obsessive collection, in someone’s home, available to view by appointment only.

We got lucky: one of the museum’s operators spotted us lurking around the perimeter looking optimistic and let us have a look around despite not having pre-booked.

The museum features neon, dozens of gas pumps, more than 400 porcelain gas pump globes, thousands of gas station signs plus classic and historic racing cars too. My write-up and photos are available on Niche Museums. 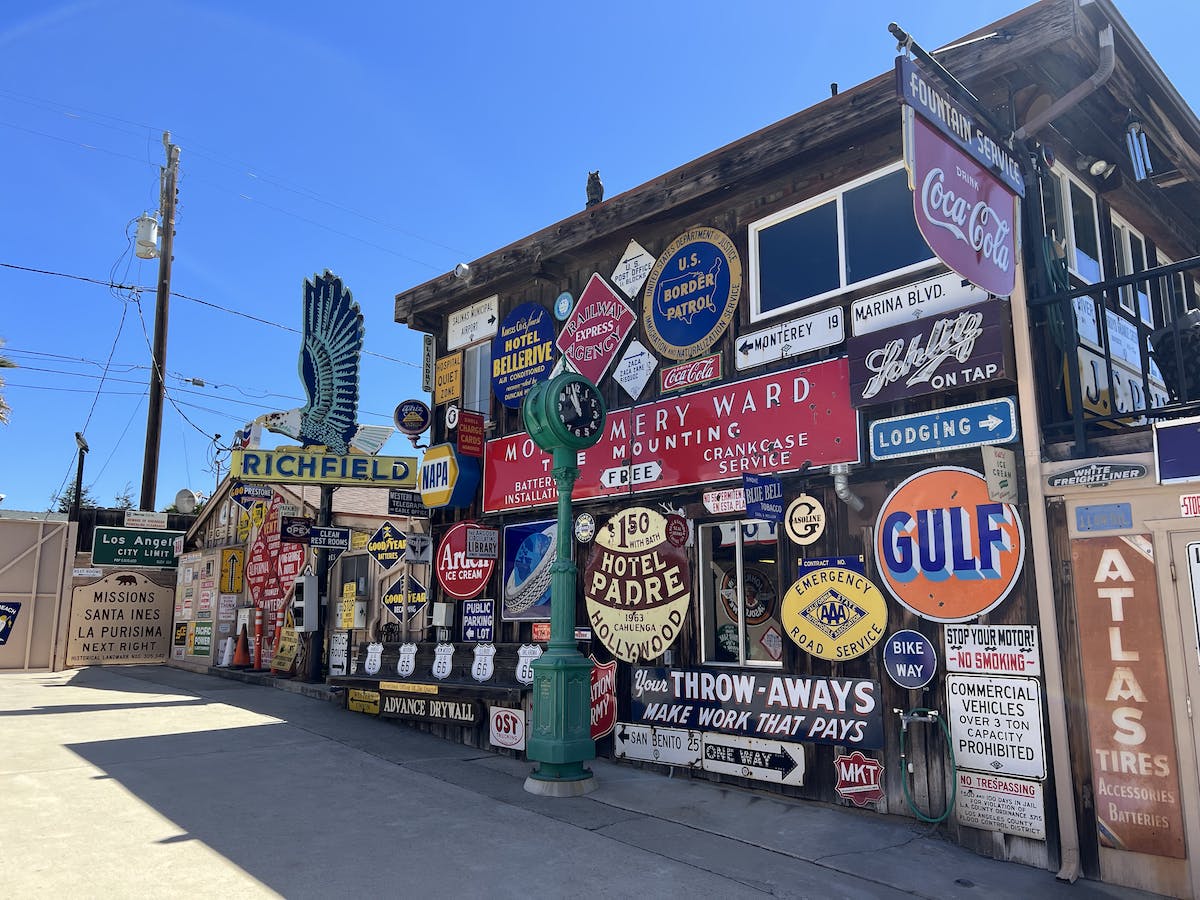 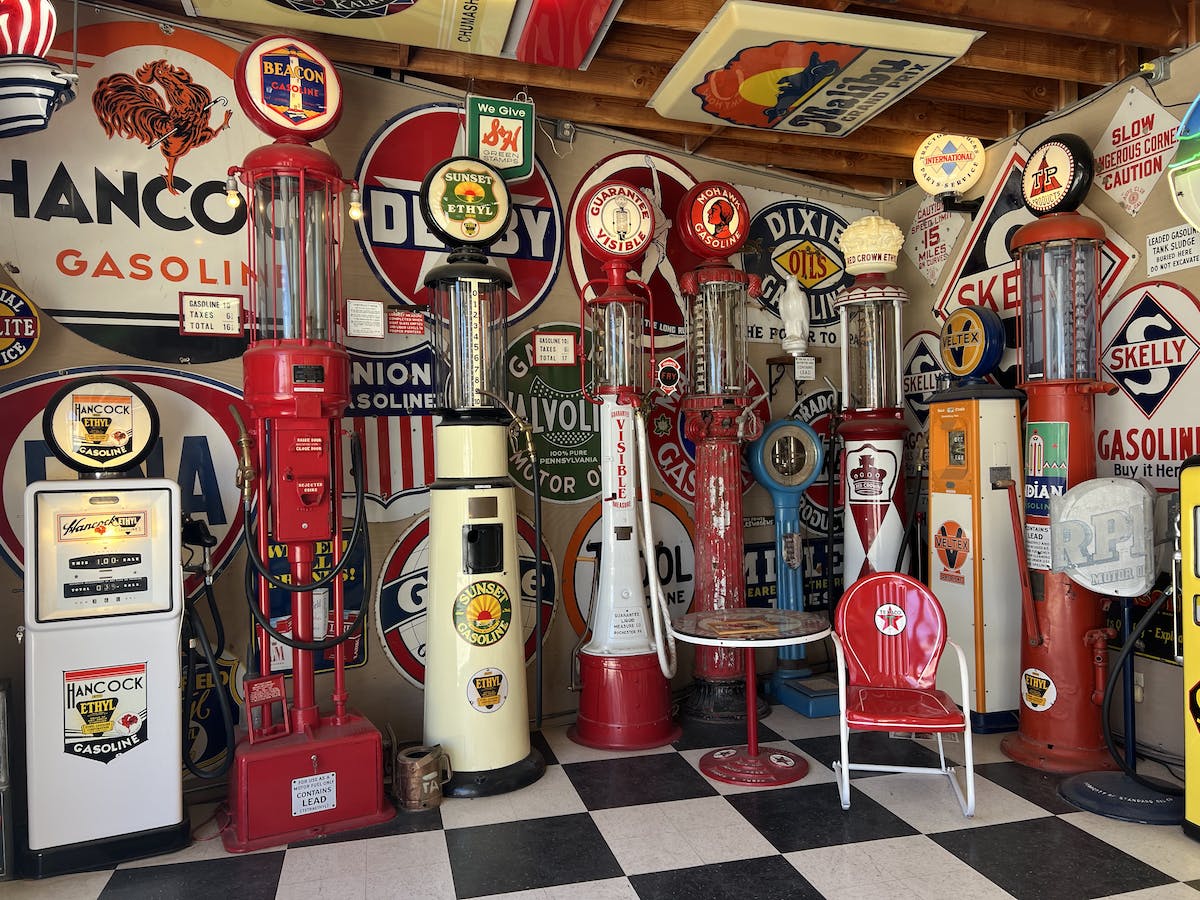 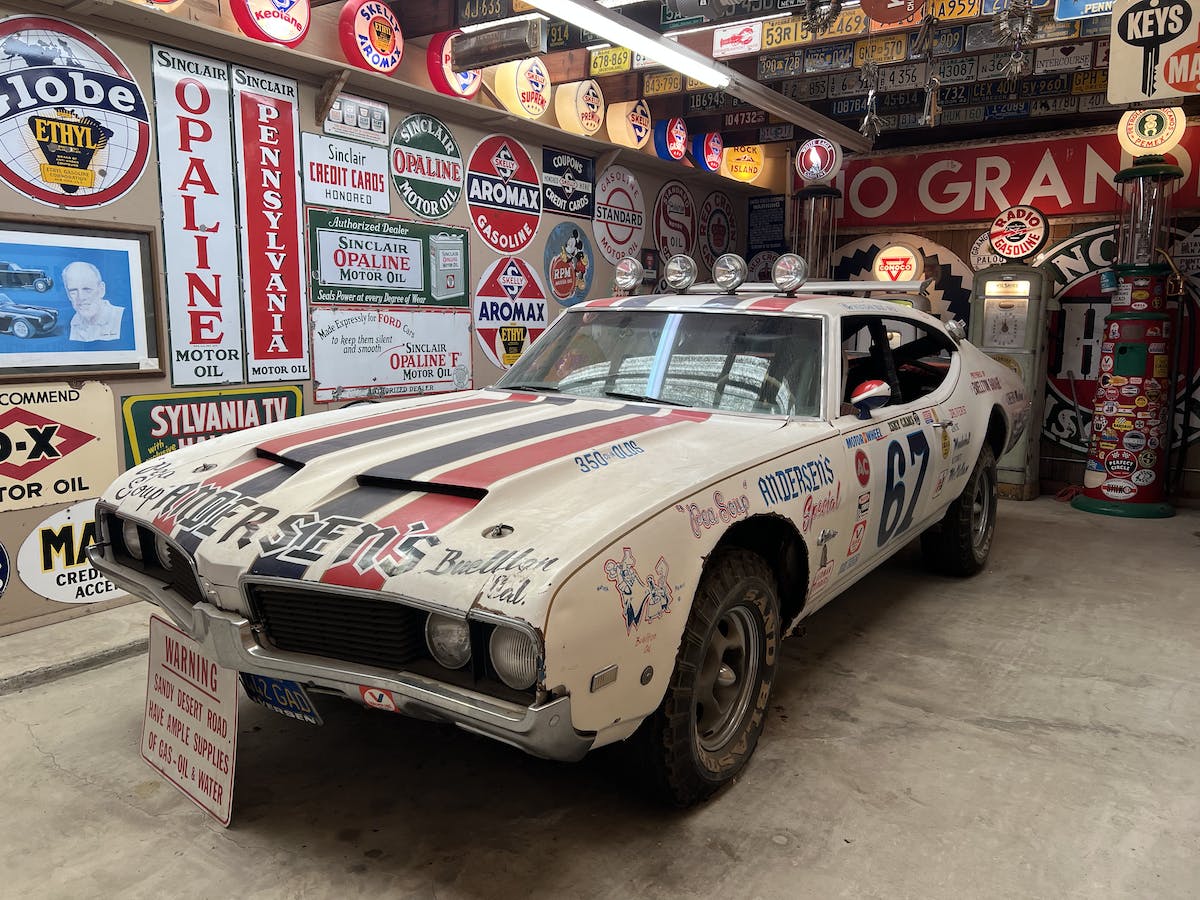 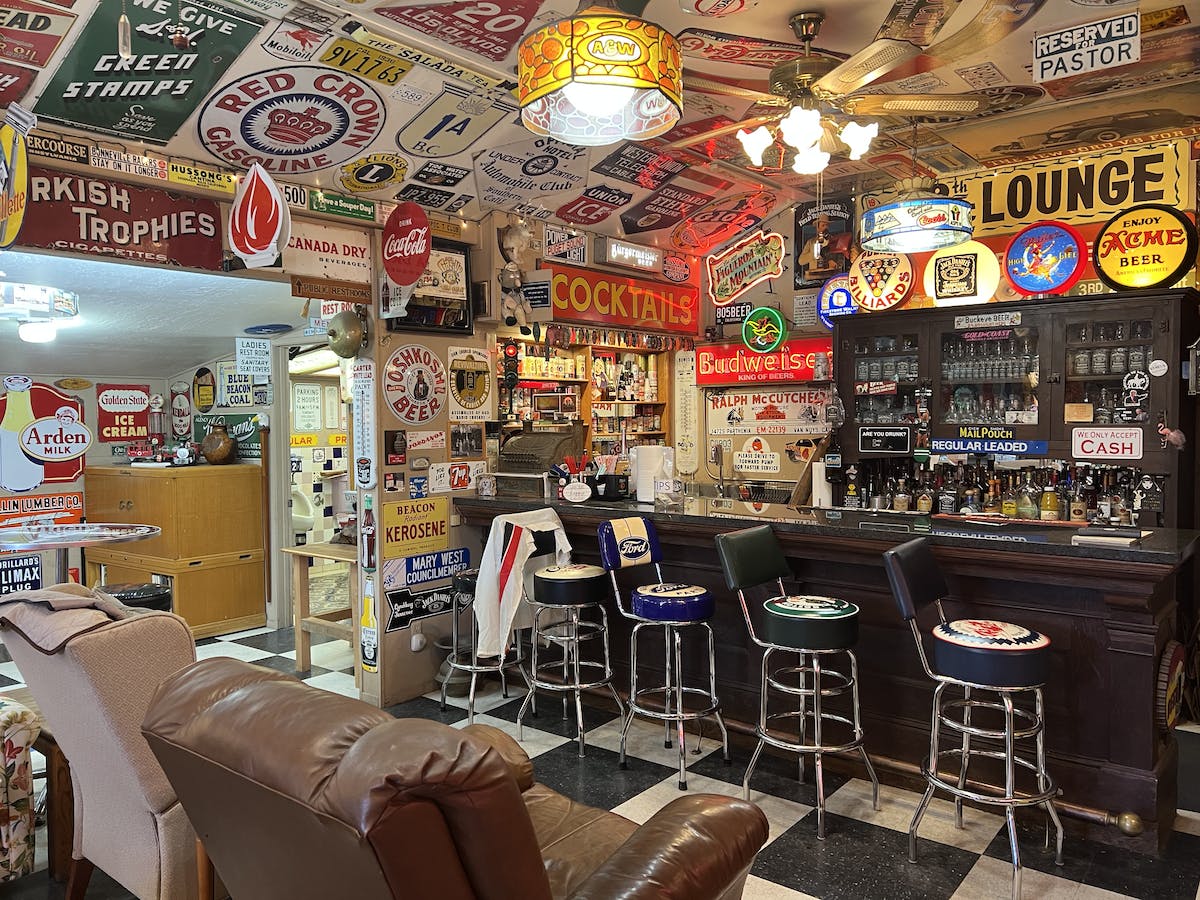 This is Weeknotes: Camping, a road trip and two new museums by Simon Willison, posted on 16th May 2022.