The first time I ever tried a shakshuka I cooked it from this recipe by J. Kenji López-Alt. It quickly became my favourite breakfast.

The only good thing about this pandemic is that I’ve got to spend more time cooking. I’ve developed a variant on Kenji’s shakshuka that I’m calling a Mexican bean shakshuka. It’s delicious. Here’s how to make it. 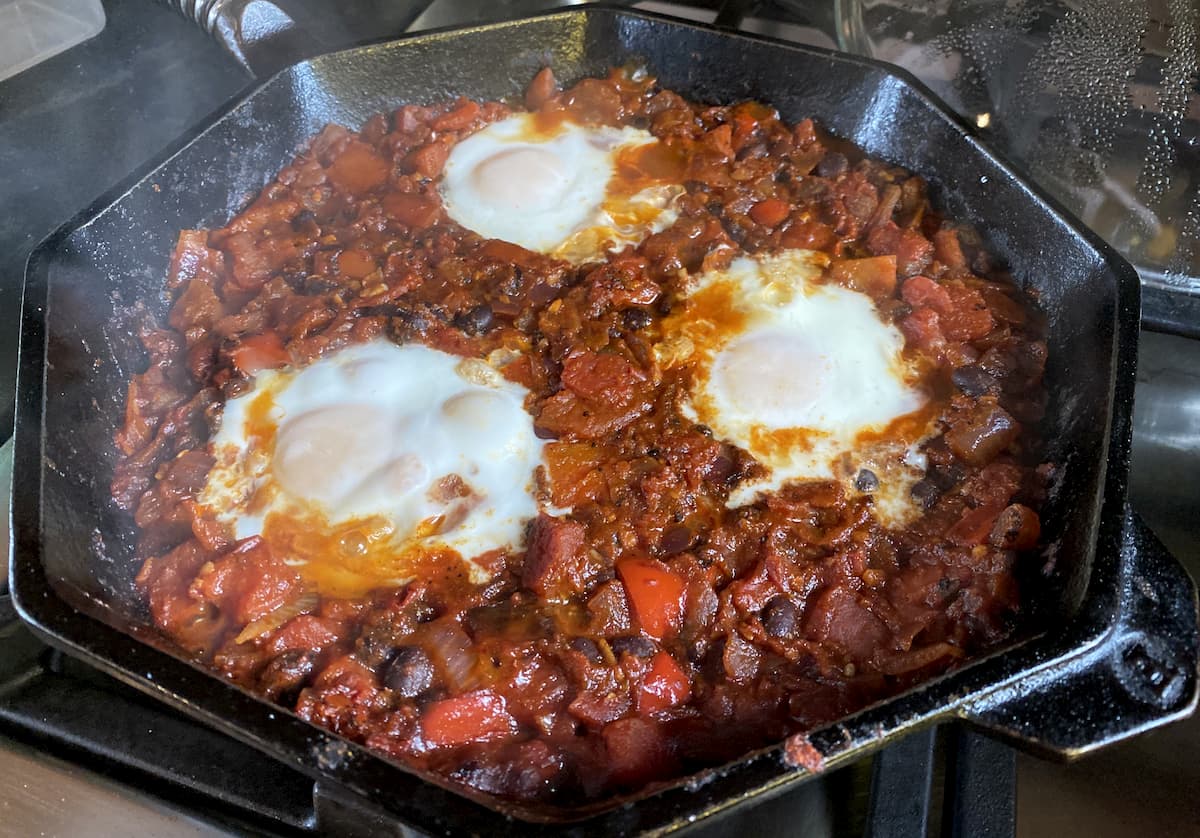 The crucial ingredient here is the chipotle pepper in adobo sauce (I use this La Morena one). If you’ve never encountered these before they are absolute magic: a total explosion of flavour, and I keep on finding new uses for them (most recently spaghetti bolognese). The can contains 6-8 peppers and I only use one for this recipe (finely chopped)—thankfully once opened it lasts in the fridge for a couple of months.

There are three phases: charring the peppers and onions, cooking the sauce and poaching the eggs. It takes 25-30 minutes total.

The great thing about a shakshuka is that it’s an incredibly flexible dish. Once you’ve mastered the basic form it’s easy to come up with new tasty variants based around the key idea of poaching eggs directly in the sauce. I sometimes make breakfast “shakshukas” out of leftovers from the night before—bean chiles and Indian curries have worked particularly well for that.

This is Mexican bean shakshuka by Simon Willison, posted on 28th August 2020.

Next: The "await me maybe" pattern for Python asyncio